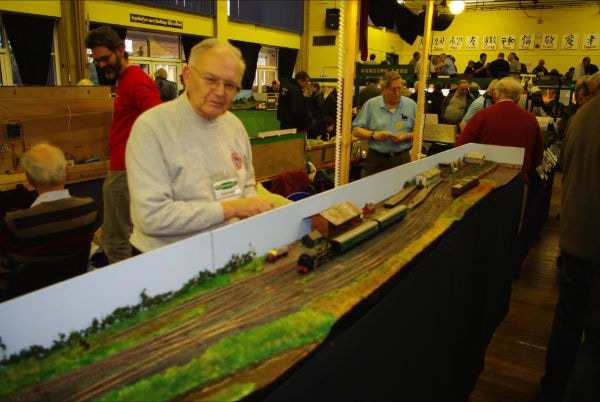 Just over 250 years ago the good folk of the Otter Valley decided that they needed an easier way to transport their goods, and with the help of the local landlords, who of course stood to gain, managed to canalise the river. With a sea lock near the river mouth and a rudimentary quay, trans-shipment of goods along the valley was transformed. Seventy odd years later the progressive landlords were impressed by the construction of the iron roads in the north of England. The result was one of the earliest lines in the West Country being constructed from the quay at Otterton, via Otterton village, Collaton Raleigh, Newton Poppleford, Tipton St John, Ottery St Mary, Alfington, Honiton, Combe Raleigh, Wick and Beacon, to the northern terminus at Upottery.

The arrival of the London & South Western Railway saw the independent Otter Valley Railway taken over and incorporated into the rail network to the east of Exeter. Development continued through the late 19th and early 20th centuries. The biggest upheaval took place during the early 1940s. With loading areas needed for the troops and equipment taking part in the D-Day invasion the locally-based American construction battalions rebuilt the area just to the south of Otterton Quay station, improving the quayside and constructing a ramp to ease loading of the tank and troop landing craft. At the same time the locomotive shed was relocated from the quayside to just north of the station, alongside the sea lock, long since converted to a weir.

Following a few busy postwar years, the traffic slowly declined. Until as part of the former Southern Region's local lines around Exeter, these had been handed over to the Western Region as a result of boundary changes, Dr Beeching recommended mass closure of the railway network in the West Country in the early 1960s.

However, all was not totally lost as part of the OVR had been incorporated into the LSWR main line and today can still be travelled over by those travelling by SouthWest Trains between Honiton and Fenny Bridges.

The area modelled is as it would have been in the late 1950s and early 1960s which allows a selection of Southern and Western Region motive power and stock to be operated.