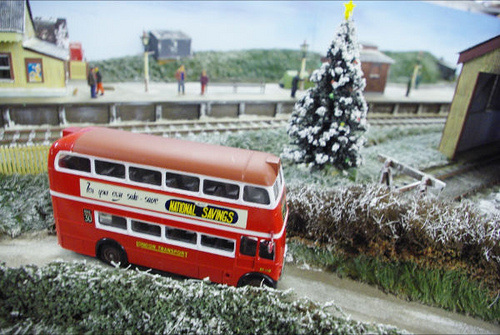 Imagine the scene, a Colonel Stephens style of railway which never came under the Beeching axe, which has by some quirk of fate survived to today almost untouched. In these modern times of privatised railways, this line now operates totally independently. Some of the old locomotives and rolling stock which has miraculously survived is being put back into service (as time allows), but this can frequently be seen alongside some of the more modern loco’s and wagons of Britain's railways - they have been granted running powers on the line to fulfil various contracts.
​
It is a cold day today and a sprinkling of light snow overnight has done little to encourage the people of Snow Hill (aptly named one might think!) to use the train today, so not many people have ventured out this morning, with the exception of a hardy few. One of whom is keen to capture the days events on video. Like much of Britain today, the trains may be subject to delay and cancellation (the wrong type of snow, possibly ?), but this is often the time to catch a glimpse of the more reliable steam loco's . . . .

Many of the photos below can no longer represent Snow Hill as the layout is being totally re-modelled. It has been re-named Egham Hill.