﻿This is the new “Colnebourne” layout being constructed by the 00 Finescale group of the Egham & Staines Model Railway Society.  It replaces the award winning “Runthorne, London Road” layout which made its last public appearance at our Society’s exhibition in January 2008.

Eras
4/5 = British Railways from formation on 1st January 1948 to the final years of regular steam operation including the first generation diesel and electric operation.

Geography
= Somewhere in the South Midlands of England where trains from all regions of British Railways met. (although Scottish Region trains are very rare!)

Trains
= Modern models made by Bachmann, Dapol and Hornby etc. can run on this layout supplemented by other models built from kits or scratchbuilt.  All models have been detailed and/or weathered.  The range of models reflects the varied interests of Members of the group

Tracks
= The two outer lines represent the up and down “fast” or “through”  lines.  The two inner lines are the “slow” or “local” lines.  Most trains on these lines will stop at the station or will call into the  small goods yard.  A mile or so up  the line is a junction where a branch line diverges from the slow line.  Many branch trains will terminate in platform 5.

Control
= Train movements are controlled by a signalman who sets points and authorises trains to move between sections.  Working signals will be installed based on prototypes developed on Runthorne. 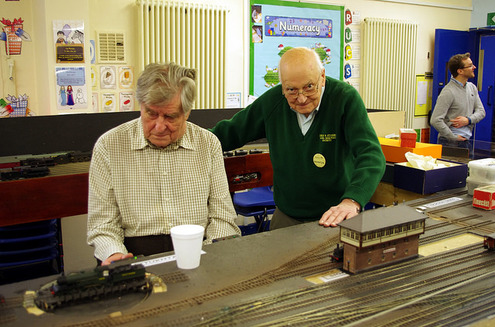 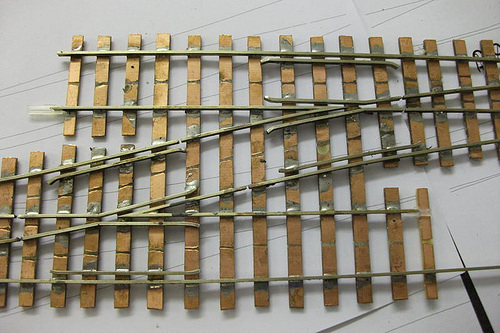